4MP or 8MP: What Camera Resolution Means for You 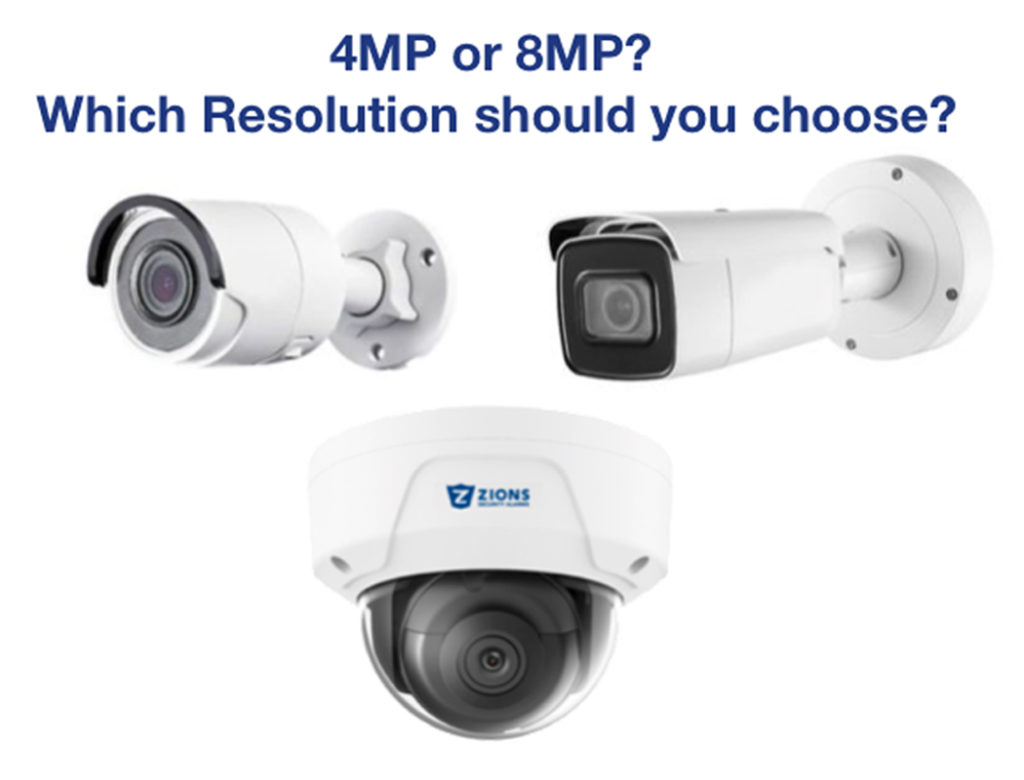 29 May 4MP or 8MP: What Camera Resolution Means for You

If you’ve been shopping around for a security camera, you’ve likely noticed the words 2MP, 4MP, maybe even 4K (8MP) etc. And if you’re new to the world of cameras and camera resolution, you may not know what that means, or which type you should get. So here’s what you need to know about cameras and their MP.

What does MP mean?

MP refers to the megapixel, which is the measurement of a camera’s resolution. 1 megapixel is the equivalent of 1 million pixels. So the higher the megapixel count (1MP, 2MP, etc.), the better the resolution the camera has.

What’s the difference between the 4MP and 8MP?

In general, with each increase in MP, the resolution increases by 1 million pixels. Here’s a quick list of the megapixels and their respective height and width dimensions in screens.

What type of camera resolution should I get?

So should you get a 4MP or 8MP? Well, it depends on what you need the camera for. As a general rule of thumb, a higher resolution is better, but that also means you have to account for more storage and bandwidth. In situations where you want a clearer picture, a higher resolution camera is preferable. But in situations where you may only need to see basic movement, lower resolutions may be preferable to save bandwidth. If you are going to show it on a large monitor the higher resolutions will make a difference. We start off most people with 4MP Cameras now and then we can discuss if they have a need for 8MP.

Also, if you want the ability to virtually zoom in and get more data you will also want as many pixels as you can like the 8MP/4K cameras. (Not to be confused with optical zoom, which varifocal and pan tilt zoom cameras can do)

And of course, pricing can come into play. The higher the resolution, the more expensive the camera will usually be. So, it also comes down to what you’re willing to pay for and how much budget you have for your cameras.

How Zions Security can help

Need help in choosing a camera with the right resolution? Talk to us and we can help you out in getting the best security cameras for your setup.