Don’t Let This Sun Set on Your Alarm System

Posted at 17:11h in Cellular by Jacob Menke 0 Comments

Don’t Let This Sun Set on Your Alarm System

In August 2012, AT&T, the nation’s largest 2G network, reported to the Security and Exchange Commission that it intends to phase out all of its 2G GSM (Global System for Mobiles) network capacity by December 31, 2017. The plan is to reallocate that radio wave spectrum to 3G and 4G signals. The challenge presented is that the alarm monitoring industry uses “machine to machine” (M2M) technology, through which devices connect with each other (transmit data) independently from human management.  M2M technology has always accessed 2G radio wavelengths. Switching out one end of the monitoring service – AT&T, the provider – will require the other end of the service – the user – to also change technology. For monitoring providers that access AT&T’s cellular networks, changing the provider end will require their clients to change equipment at the user end for service to remain reliable and accessible.

For most people who use a monitored alarm system (such as those provided by ADT and Zions Security), the “#G” capacity of the service is a mystery. So long as the system works, they are content to remain at status quo. However, the changes ahead will render those 2G end-user communicators obsolete. Delays or communication failures will result if the user attempts to use their out-dated communicator to connect to their monitoring system that no longer receives the 2G signal.

AT&T reported that, as of 2012, approximately 12% of their postpaid customers were using 2G handsets (phones). As AT&T overhauls its servers to the newer technologies, those handsets will need to be upgraded. Additionally, according to the phone giant, approximately three million alarm communicators were in use in 2012. Other estimates suggest the real number is closer to 4-5 million. The introduction of 3-and 4G replacement equipment has been slow, due to higher costs for producing the newer hardware devices. Providers are struggling to balance the higher cost with maintaining a healthy sales margin.

One company not moving in this direction is Verizon. Verizon’s technology (“CDMA” or Code Division Multiple Access)  is not compatible with the GSM technology, so the two systems have always operated independently of each other. Verizon relies on 2G CDMA technology to carry all of its voice traffic, so changing out that system is not an option. At the same time, Verizon is electing to phase out its 3G technology in favor of the much more flexible 4G LTE service.

The impetus for the transition is the significant increase in “spectrum efficiency” available through the improved 3G, 4G and 4G LTE technologies. The volume of data accessed digitally has grown exponentially because of the number of laptops, smart phones and tablets in use. The bandwidth that carries that data is much less efficient in 2G than it is in 3- or 4G. Simply put, consumers will have access to more data, and presumably more service options, because of the upgrade.

In the alarm monitoring industry, radio wavelength is critical for the approximately 40% of homeowners who no longer have a land line connected to their homes. Without that dedicated connection, these homeowners have no choice but to rely on cellular service to keep their security service active. The upgrade, however, promises to improve their security level, as 3- and 4G service offers faster connection times, as well as improved encryption of private data.

For small businesses, the upgrades also promise improved security. The new technology will increase connection speed for emergency calls to business owners, police, fire and medical responders, as well as provide remote arming and disarming controls operable from any phone, among other services.

ADT service providers are already set up on a 4G network, so gaining access to the improved services is as easy as upgrading the user control panel to a 4G compliant one. Sometimes the switch can be made during a routine maintenance call. Contacting your ADT Security provider today will ensure that your security system is in place and running smoothly when you need it. 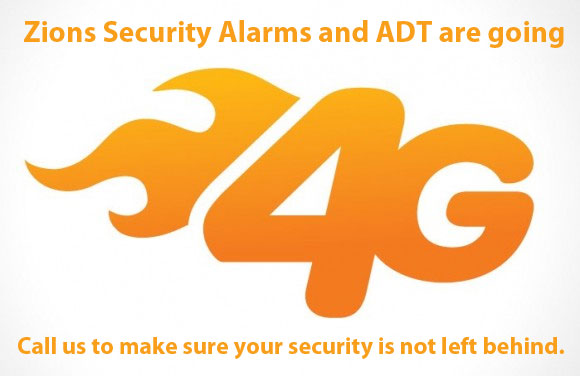